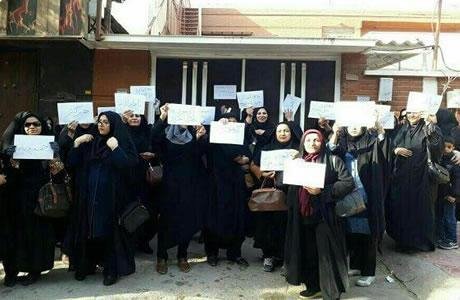 Iran: Protests by contract teachers in Ahvaz and Qom

Teachers working on contracts in Ahvaz (southwestern Iran), including a large number of women, staged a protest on Thursday, December 7, 2017, demanding revision and reform of the Education Ministry’s new exam for official employment.

A similar protest was held by contract teachers in Qom outside the office of the city’s deputy in the mullahs’ parliament.

Iran: After attack on village, women get arrested in Ilam and Ahvaz