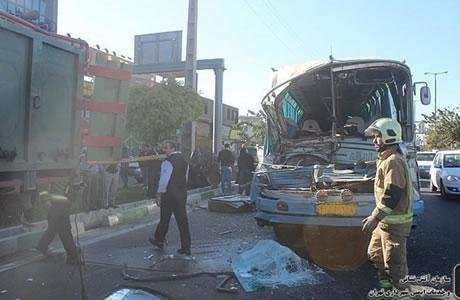 A bus carrying school girls of Susangerd had an accident on the road to a former war zone as a scientific tour, killing 4 girl students and their female teacher.

The Education Department’s public relations liaison, Morteza Nazari, explained, “So far, four girl students, a female teacher, and another instructor, i.e. a total of six have died and another 11 are wounded. But the figure is changing.”

Such scientific trips are planned to spread the culture of export of terrorism and every year, a number of teenagers and children are killed and wounded in such accidents. (The state-run Tasnim news agency – December 12, 2017)