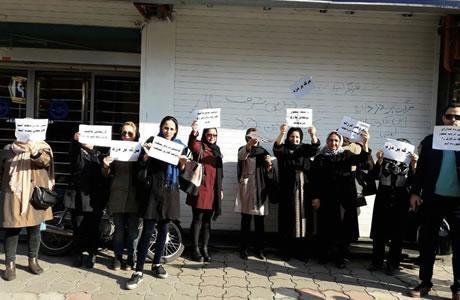 In Tehran, contract teachers the majority of whom were women, staged a gathering outside the mullahs’ Parliament, demanding determination of their employment status.

In Kermanshah, western Iran, depositors cheated by the Gelim and Gebeh Company gathered outside the Governor’s Office and demanded their money back. State Security forces attacked the gathering and beat up the protestors including one of the protesting women. The SSF also used pepper gas to disperse the crowd.

In the northern province of Gilan, depositors gathered outside the Caspian Institute’s branch in this province and compelled them to close down the branch.