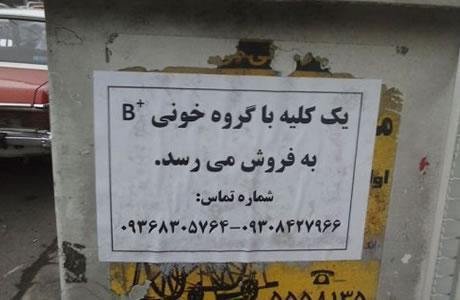 A young 28-year-old Iranian woman is among those who have to sell their body parts to earn their living. Donya has found no way but to sell one of her kidneys and part of her liver.

Donya’s mother had eight children when she got divorced 15 years ago. She works at a dairy factory in Neyshabur, northeastern Iran, and earns 820,000 toumans ($230) a month at best.

Donya has a B.A. in physical training but has not found a suitable job. She works as a secretary at a doctor’s office. Together with her mother, they earn 1.37 million toumans ($385) a month which is still 3 million toumans ($840) under the poverty line.

Since they are about to lose their housing and have no hope of saving any money, Donya has decided to sell one of her kidneys and part of her liver.

It has been two months that Donya has posted an ad on the internet to sell her kidney, but has not found a suitable client. (The state-run Salamatnews.com– December 12, 2017)