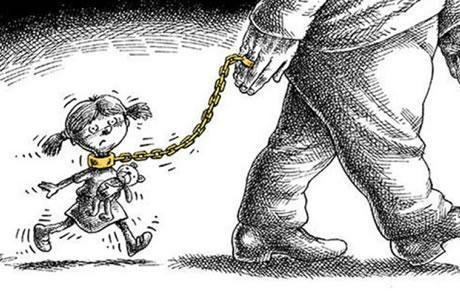 Iran: Young girls sold under the pretext of marriage

Under-aged women and young girls are sold and traded under the pretext of marriage in some parts of Iran.

Parvaneh Salahsouri, head of the women’s faction in the mullahs’ parliament, made the above admission and added, “Giving under-aged girls to marriage causes serious harms both to the individual and to society. 50% of early marriages lead to the deaths of the mother or her baby. There is also 70% higher chance of cancer in such mothers.”

In the meantime, Salahshouri acknowledged the ineptitude of the mullahs’ Parliament in the face of religious scholars. She said, “Even if the Parliament passes a bill against child marriages, it is not possible to take any measure to resolve this problem because such marriages are sanctioned by the Sharia laws.”

She also took note of the dire conditions of women’s sports and said, “Despite observance of gender segregation in the sports arenas, women’s sport has gone under question due to numerous restrictions in force.” (The state-run Shafaghna website – December 14, 2017)