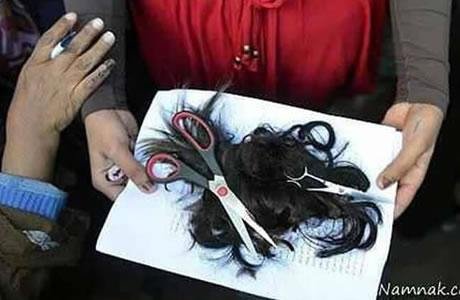 Iran: Forcible hair-cut for girls who do not properly cover their hair

Officials of a girls’ school in Islam Abad Village in Orumiyeh, northwestern Iran, cut the students’ hair to force them to observe the compulsory veil.

To force the girls to wear headbands beneath their scarves to cover their forehead hair, the school’s principal and master went to the court yard in the company of several State Security forces. Using scissors, they personally cut the hair of those girls whose hair stuck out of their scarves. This inhuman treatment provoked the girls’ protest.

Security forces and club wielding agents are still present in this school.

Earlier, on November 12, 2017, some 500 girl students in this school staged a protest against the compulsory veiling, where security forces poured into the school and confiscated the girls’ mobiles and deleted their clips to prevent leakage of any information on their protest.

Iran: Another woman to be sent to the gallows