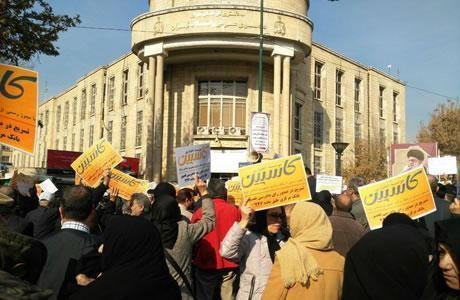 Iran: Major protest by plundered women and men outside the Judiciary

Hundreds of women and men plundered by state-backed credit institutes gathered December 17, 2017, outside the Judiciary’s building in Tehran upon a previous call.

The State Security forces intervened and cracked down on the protestors. Their brutality against women was particularly remarkable.