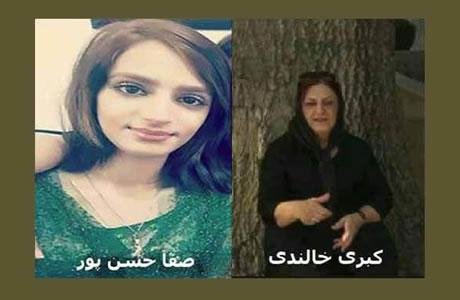 Kurdish civil activist woman, Kobra Khalandi, was sentenced to 85 days in prison for taking part in protests against the arbitrary killing of porters in Iran’s Kurdish border areas.

Ms. Khalandi must report in to the Court of Mahabad in coming days to begin serving her prison term. Mahabad is located in the West Azerbaijan Province in northwestern Iran.

The Kurdish activist woman had been arrested on September 10, 2017, in a protest gathering in Mahabad against the arbitrary killings of poor Kurdish porters. She was arrested by forces of the city’s Intelligence Department but later released on bail, temporarily.