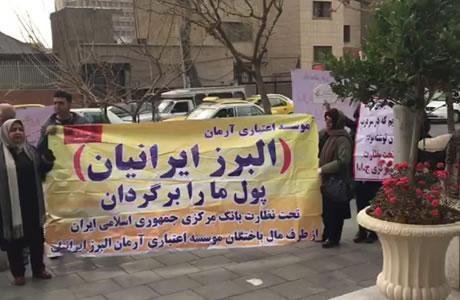 Women and men looted by Arman-e Alborz-e Iranian institute held a protest rally on Saturday, December 23, 2017 outside Tehran’s Tejarat Bank.
The Central Bank had announced that they would pay back the depositors’ money but they did not. The accounts of most depositors are still blocked and the deposits in many other accounts have been deducted from. Some of the investors have to pay something.

The protesters vowed to continue their protest until they get back their money in full.