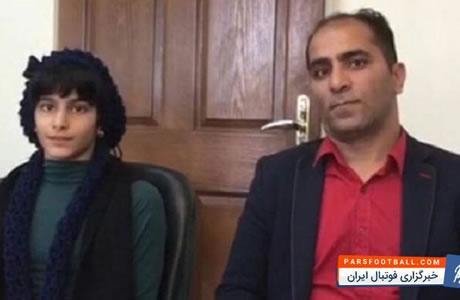 Iran: 10-year-old gymnast summoned for not observing the veil abroad

An Iranian gymnastics champion, Kiana Abdipour, 10, was summoned to the Disciplinary Committee of Iran’s Gymnastics Federation and is soon to be deprived of participating in tournaments for publishing photos online showing her practicing in Armenia without observing the veil.

The pictures showing Kiana in the customary gymnastics outfit turned into a controversial issue in the state media and circles. The photos of Kiana training in Armenia were presented as photos of competitions in Malaysia.

Zahra Incheh Daragahi, chair of the Iranian Gymnastics Federation, admitted that she did not know the exact details of the story, but told reporters, “The girl participated in the competitions on an absolutely arbitrary decision and without making any coordination with the gymnastics officials. We have to deal with this case.”

“We do not know where the competition was held and at what level,” she said explicitly. “For many years now, we do not have any women’s gymnastics team,” she admitted. “(The state-run ISNA news agency – December 25, 2017)
The girl’s father, Farshid Abdipour, explained, “The photos disseminated in the social networks were of my daughter’s training in Armenia, and I had personally taken them… My personal trip is none of anyone’s business. There was no competition there and my daughter was practicing, and the halls for boys and girls were segregated… On the other hand, there was a tournament in Kuala Lumpur. We were supposed to go to the tournament, but given the circumstances, we changed minds.”
Mr. Abdipour went on, “They have picked the photos from my cellphone and I don’t know what has been disseminated. My daughter did not go to Malaysia at all and I can prove it by showing her passport.”

Iran: Appalling statements of a misogynous woman against VAW bill