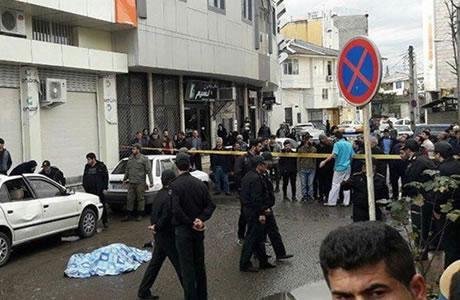 A 40-year-old woman committed suicide with her two children, a 10-year-old daughter and 5-month-old son, on Monday, December 25, 2017, in Rezvanshahr, in Gilan Province, northern Iran.

Eyewitnesses say the mother first threw her daughter off the fifth floor of the building where they lived. Then she jumped out with her 5-month-old son.

The mother and her infant son died instantly, while the daughter hit the roof of a car parked in the street and survived. She has been transferred to hospital for treatment of her broken arms and legs. (The state-run Tasnim news agency – December 25, 2017)

Suicide of women has been on the rise in Iran. It was earlier reported that a rising number of women are committing suicide in the earthquake stricken areas of Kermanshah.