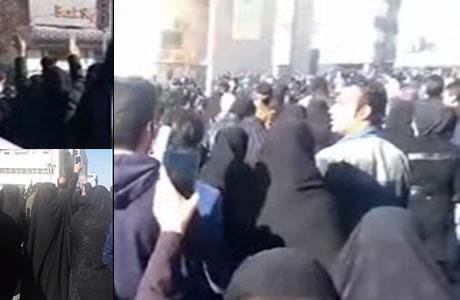 With chants of “death to the dictator” and “death to Rouhani”, thousands of Iranians staged an extensive demonstration against unbridled high prices on Thursday morning, December 28, 2017, in Mashhadm capital of Khorassan Razavi Province.

People also chanted: Police, go catch the thief; by taking advantage of Islam you have fed up the people; thieves rob and the government supports, etc.

The brave Iranian women also demonstrated their leading role by chanting, “Don’t be afraid, we are together in this; O’ Iranian youths, rise up, rise up!”