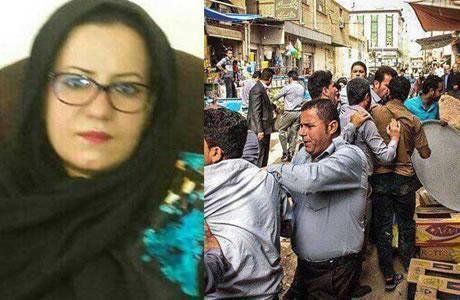 A woman street vendor, Mrs. Majideh Mazra’eh, was arrested during an attack by state security forces and municipality agents on vendors in Ahvaz, southwestern Iran.

State Security forces and municipality agents of Ahvaz attacked street vendors for the second consecutive day on Monday, December 26, 2017, and arrested a number of them including Mrs. Majideh Mazra’eh, 38, whose belongings were confiscated.
Rouhani’s government counts peddling as a job created by the government when it comes to providing statistics on employment.