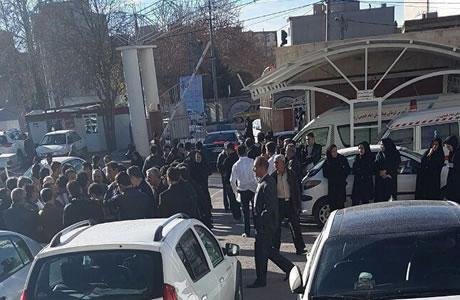 The nurses and staff of Khomeini Hospital in Ilam, western Iran, went on strike on December 27, 2017, in protest to non-payment of their benefits. They gathered in the hospital’s courtyard and refused to go to work.

The government’s failure to pay the nurses’ legal benefits creates more problems for nurses and hospital staff while living expenses in Iran are consistently on the rise on a daily basis. (The state-run Tabnak website – December 27, 2017)