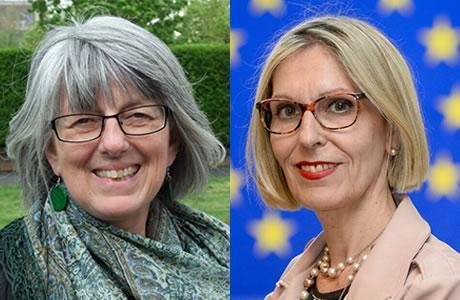 Ms. Beatriz Becerra, Member of European Parliament from Spain, declared support for the Iranian people’s massive call for democracy in a number of tweets.

On December 30, 2017, she wrote: My support to the massive call of citizens for freedom and democracy in Iran.

At least 10 persons were killed in the fourth day of demonstrations in Iran against unemployment, inflation and corruption. Meanwhile, Rouhani blames foreign powers and blocks social networks. The Iranians no longer endure the oppression and inefficiency of the clerical regime.

Julie Ward, Member of European Parliament for the UK Labor Party and a longtime supporter of the Iranian women and Resistance, sent a message of support for the Iranian people and their recent uprising in a tweet on January 1, 2018. In her message, she wrote:

I support people of Iran demonstrating for freedom, democracy and an end to misuse of public money.