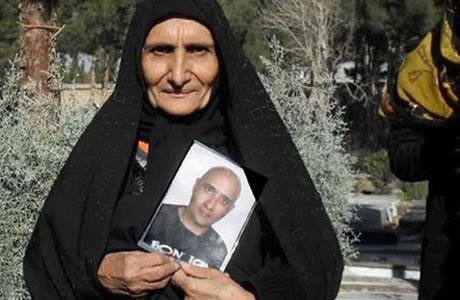 Security forces prevent Ms. Gohar Eshghi from leaving her house on January 1, 2018. Ms. Eshghi was wearing a white shroud and intended to join the protests in Tehran.

Ms. Eshghi’s son, Sattar Beheshti, was a dissident web logger and a worker who was arrested by FATA Police (policing internet users) at home on October 30, 2012. He died four days later on November 3, 2012, due to vicious tortures under interrogation.

Video clips from Tehran and other cities indicate women’s prominent presence in demonstrations and even in confrontations with security forces. In many scenes, women have a leading role and protesters chant after them.

Women are also active in reporting on the protests and recording the scenes.

Despite massive repression, the uprising has spread to over 50 cities across Iran.