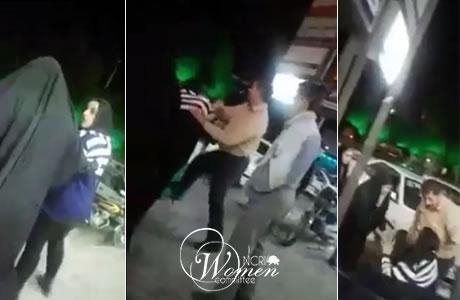 Iran: A woman’s horrifying arrest in the dark of night

Simultaneous with and despite the nationwide protests in Iran, Vice Patrols continue to harass and crack down on Iranian women to impose the compulsory veil (Hijab).

In the video clip recently received from Iran, you can see that a solitary woman is surrounded by five agents of the so-called Vice Patrol, two women and three men. They push the woman by force without explaining why she is being detained and force her into the car.

The young woman repeatedly asks, “What did I do wrong?” but does not receive any answer.

Another remarkable issue evident in this video is that the regime deploys female agents in order to pretend that it observes the Sharia law and no strange man touches women in the streets. While in practice and in reality, the female agents are actually helpless and it is the men who grab and touch and drag the poor woman into the car.

These are the horrifying scenes created for at least 2000 women arrested every day, according to the commander of the State Security Force, Hossein Ashtari.  (The state-run Tasnim news agency – September 29, 2016)