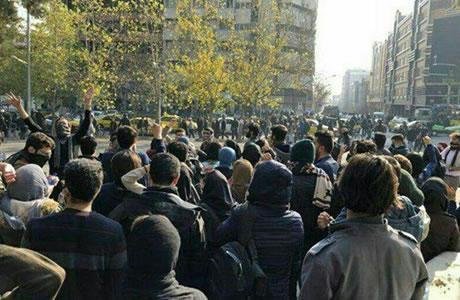 January 3, 2018, marked the seventh consecutive day of nationwide uprisings in Iran when clashes and demonstrations continued a dozens of cities across the country.

In Tehran, women were involved in the scenes of Resistance in the against the repressive security forces.

The families and mothers of those arrested in Tehran, gathered in front of the notorious Evin Prison demanding release of their children and chanted Allah-o Akbar (God is Great).

Also in Takistan, in Qazvin Province northwest of the capital, the families and mothers of those arrested gathered outside the police station and demanded that their children be freed.

In Rasht, capital of Gilan Province, in northern Iran, a group of female Bassij agents poured into the streets and confronted the brave women of this city.