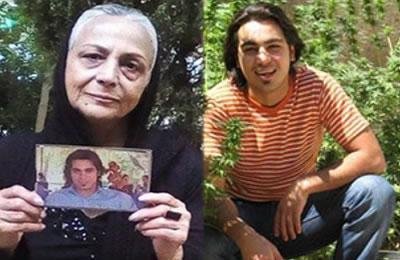 Shahin Mahinfar, whose son Amir Arshad Tajmir was killed during the 2009 uprising when he was run over by the Revolutionary Guards, published an open letter in which she told the ruling mullahs, “Enough is enough. Here comes our day.”

She listed the names of all of the martyrs of the 2009 uprising and said, “Open your eyes. Today, they are in the streets, among the people, with their compatriots. Open your eyes. They are laughing at you. They are ridiculing you for your ill-fated effort to kill and stay in power.”

Ms. Mahinfar who worked as an anchorwoman at the national radio, concluded her open letter by writing, “Do hear? This is my voice who is crying out freedom of Iran and all Iranians behind the microphone (in the studio) of Iran’s National Radio: Here is Iran. The lion has broken the chains of ignorance.”