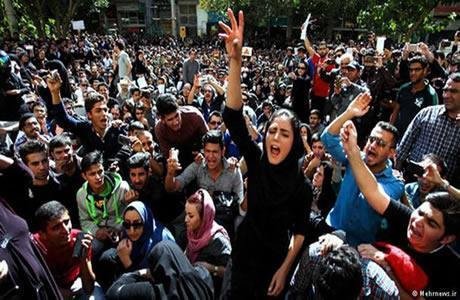 Eleven protesters, including at least seven women, have been recently transferred to the prison of Saqqez, Iranian Kurdistan, after preliminary interrogations.

An uncertain number of detainees are held in other detention centers including those belonging to the Intelligence Department and the Revolutionary Guard Corps (IRGC), reports say. There is also no clear report on how these youths were arrested.

According to the sources of the National Council of Resistance inside Iran, 35% of detainees of nationwide uprising in are students and 90% are under 25.

From prison, a woman’s message of solidarity with Iran uprising