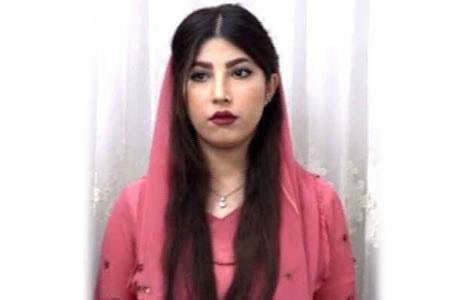 A Kurdish woman, Touran Mehraban, has been beaten up and tortured in jail after being arrested last week.

The mother of this arrested student said she had been informed of the torture when she met her daughter on Saturday, January 6, 2018, at the detention center of the Department of Intelligence of Orumiyeh, capital of West Azerbaijan Province, NW Iran.

Ms. Mehraban was studying at Nazlou University of Orumiyeh when she was arrested on Saturday, December 31, 2017, by security forces on the charge of taking part in protest gatherings against economic corruption.