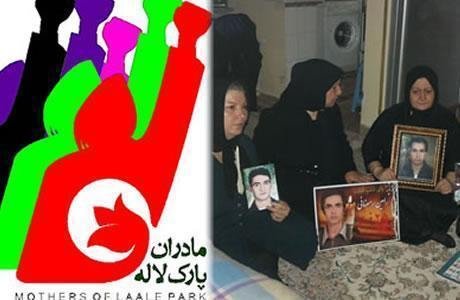 Laleh Park mothers issued a statement, declaring support for the Iranian people’s uprising and called for unconditional release of all political prisoners.

In parts of their statement issued on January 8, 2018, the mothers of Iranian martyrs and political prisoners wrote:

Suppression and murder of at least 23 defenseless people and the arrests of at least 2000 protesters, and creating a state of emergency in many cities and villages in recent days, indicate the regime’s fear and cowardice while feeling helpless facing the grim resolve of our people who have had enough.

This has been the official policy of the Islamic Republic over the years. To suppress, terrorize and intimidate and arrest political and social activists; to level heavy fabricated charges against them; to incarcerate the activists or take them hostage on heavy bails and guarantees; and on the other hand threaten them and their families to remain silent.

Under the title of “what must be done?”, the statement stresses support for the protests and concludes that the way to victory is through unity. In the end, the statement says:

We, Laleh Park mothers, demand that all the masterminds and perpetrators complicit in the crimes of the Islamic Republic be prosecuted in fair and public trials. We will not relent until we achieve freedom of thought and expression and elimination of all forms of discrimination, and separation of religion and state.