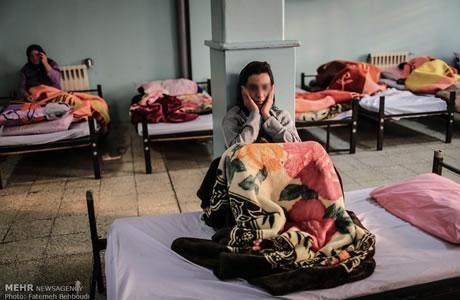 Iran: 3,000 young women have run away in six months since March

3,000 young women and girls have run away from home in Iran during the period spanning between March and September 2017.

In an interview with the state-run Tasnim news agency, head of the Social Emergency of the Welfare Organization, Hossein Assadbeigi, said, “Compared to the previous year, the number of runaway girls has increased in the first six months of the Persian year.”

Assadbeigi said the Welfare Organization had been informed of a total of 5,000 runaway girls, last year.  This number includes girls who have reported themselves in to the centers of the Welfare Organization, as well as those who have been reported as being on the run. However, the actual figure should be considered much higher. (The state-run Tasnim news agency – January 10, 2017)

According to the Welfare Organization, verbal abuse, humiliation and domestic violence are some of the major reasons girls run away from home.

Runaway girls can stay up to three weeks in one of the four centers of the Welfare Organization in the capital. Based on the organization’s laws, however, the girls who need support for a longer period have to move to other centers called, Safety House (khaneh salamat). These houses have limited capacity and are actually not safe. There have been numerous reports in the past indicating that girls are sexually abused in these houses and ultimately sold to human trafficking gangs.