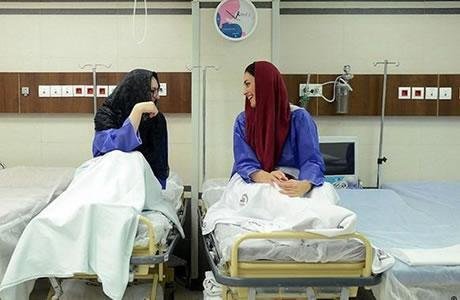 A Majlis deputy objected to the situation in Iranian hospitals and called for implementation of gender segregation in medical centers.

At an open session of the mullahs’ parliament on January 14, 2018, Nasrollah Pejman, a cleric and deputy from Mashhad, addressed the Health Minister and said, “Despite the Supreme Council of Cultural Revolution’s adoption of bill no. 427 which full implementation of the law in adaptation of medical affairs to religious principles, today we see that there are serious problems in hospitals with regards to the issue of chastity and veil.”

He objected to “the presence of male staff in giving services to women” and added, “Women’s privacy has been distorted. Why are men present in the operation room where a woman is taken for a C-section or abortion?” (The state-run Fars news agency – January 14, 2018)

It should be noted that women’s employment in Iran is conditioned on observation of gender segregation at the work place and if a company or workshop does not have a separate place for women, they are not allowed to employ women. Also, many public places, including university classes and entrances, parks, public transportation and trains, have already been gender segregated.

Iran: Women musicians deprived of going on stage in Isfahan