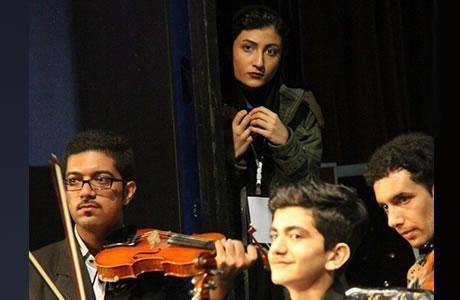 Iran: Women musicians deprived of going on stage in Isfahan

Isfahan’s Department of Culture and Guidance prevented women players of the National Orchestra of Isfahan from going on stage in their concerts on January 12 and 13, 2018.

Shahrooz Baluchistani, player of flute in this orchestra, told the media, “The National Orchestra of Isfahan was formed in 2014. Women always take part in the orchestra’s rehearsals but they are not granted permission to participate in the actual performances.”

He added, “Women musicians of Isfahan have not had the permission to go on stage for years. Why they cannot perform on the stage in their own hometown, is a question that has not been logically answered… There are many skillful players among women who are educated in music and have been playing for years.” (The state-run ILNA news agency – January 15, 2018)