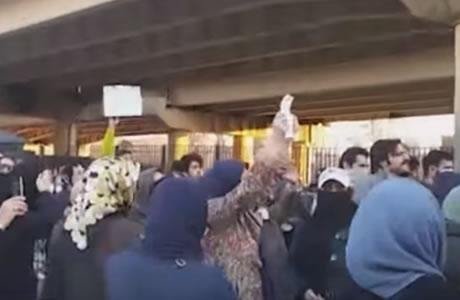 A number of Gonabadi dervishes staged a protest outside the governorate of Ko-Ar in Fars Province, southern Iran, on January 14, 2018, against arbitrary arrests of dervishes in various cities without presenting any reasons.

The State Security Force responded to this gathering by beating the protesters with batons. They also used tear gas and arrested a number of the participants. A pregnant woman, Raheleh Merrikh, was among those wounded because of the beatings.

Another woman, Fatemeh Soltani, a dervish from the central Iranian city of Yazd, has also been arrested in recent incidents.