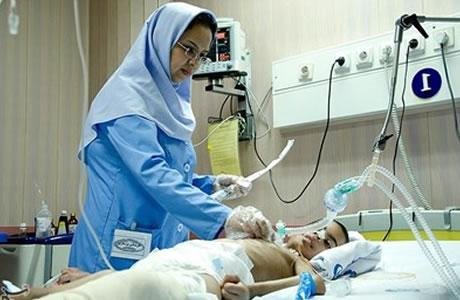 Work pressure has built up on nurses, mostly women, working in public hospitals in Iran.

Hossein Ali Nessaii, member of the Supreme Council of the Nursing Organization, said the above and added, “The Plan to Change the Health System attracted more people to public hospitals to receive medical services while no measures were taken to increase the number of nurses. This is why pressure has built up dramatically on the existing nurses.” (The state-run ILNA news agency – January 17, 2018)

Such work pressure includes compulsory over-time work and ongoing discriminations against women in the medical system, while nurses are not being regularly paid their salaries and benefits.

For instance, the nurses working in the city of Isfahan, capital of Isfahan Province in central Iran, have not received their payments for nearly 11 months. (Official website of Iran Nursing Organization – January 18, 2018)