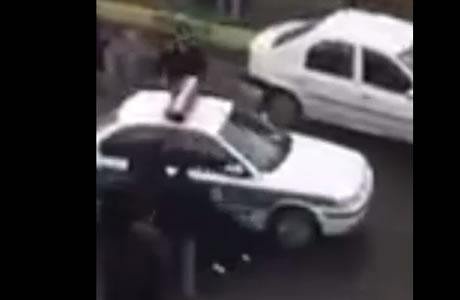 Agents of the State Security Force in Robat Karim, southwest of Tehran, ran over a woman protester on Saturday, January 20, 2018.

Women and men plundered by the Vali-e Asr Institute in Robat Karim, located in Baharestan, in Tehran Province, staged a protest gathering and demanded their deposits.

The protesters‌, the majority of whom were women, accused the officials of stealing people’s money under the banner of religion.

The State Security Force drove into the crowd with their vehicle, hitting and running over a protesting woman.