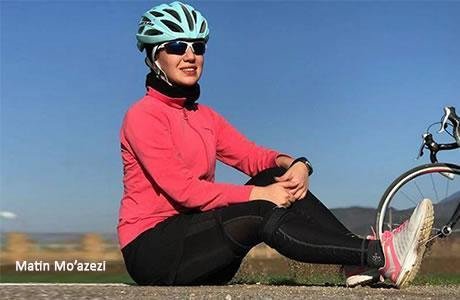 Matin Mo’azezi, Iran’s speed skating champion, was attacked by an unknown motorcyclist who rode next to her and kicked her off her bike. The news on this attack was published on January 20, 2018.

This is the second attack in the month of January targeting a woman bicyclist.

On January 8, 2018, a young woman bicyclist was attacked in the city of Qom and hurt in the face and the head. Accroding to eyewitnesses, her bike was deliberately hit in the back by an unknown motorcyclist. As a result, she lost her balance and was thrown off to the ground.

Two months ago, the mullahs’ supreme leader Ali Khamenei stressed again that women were not allowed to ride bicycle in public places.