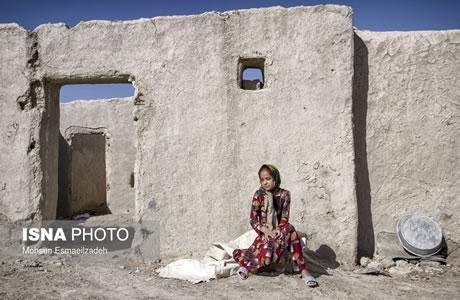 Some 120,000 girls and boys in various areas of Sistan-o Baluchistan (southeastern Iran) are deprived of education due to poverty.

Somayyeh, 15, a seventh grader, and Kowsar, 12, a fifth grader, live in the poor village of Lashgari in Nimrooz. Although they were born in Iran, they do not have birth certificates and they are not able to continue their education because of this. Their mother has been following up to get them birth certificates for seven years, without any results.

Fariba, 14, lives in Palgi Bazi village. She had to marry her cousin at the age of 12 and quit school. Official statistics indicate that some 50 per cent of girls in the border regions drop out of school due to early marriages.

Sabereh, 13, lives in Gomshad village in Hirmand. She also had to drop out of school because she does not have a birth certificate.

Sara, 17, also lives in Palgi Bazi village in Nimrooz. An 11th grader, she had to drop out of school because she could not pay for her transportation. Her sister, Sorayya, 19, has emigrated to another city along with her uncle because Lake Hamoon has dried up and created many financial problems for the residents of this area. (The state-run ISNA news agency – January 23, 2018)

Iran: Young women told to practice at home to prepare for Asian games