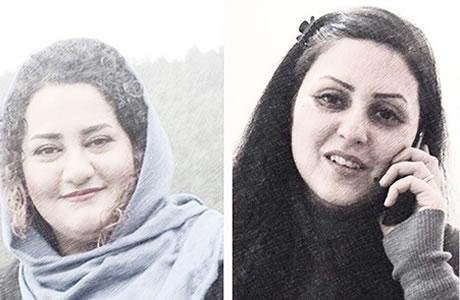 The prisoners of the women’s ward of Evin had resisted interrogation over a fabricated case recently filed against them. They were beaten on Wednesday, January 24, 2018, and transferred out of Evin.

Varamin’s Qarchak Prison is a notorious detention center for ordinary and dangerous women criminals where the living conditions are viciously below the standard. Women political prisoners are transferred to Qarchak for physical and psychological torture.

Atena Daemi and Golrokh Iraee had been summoned to court on January 17, 2018, but refused to appear in court in protest to the legitimacy of the case and the court.

On January 24, they were summoned for the fifth time to court and subsequently taken to Evin’s Ward 2A for interrogation. The interrogators viciously beat them up after they resisted and ultimately transferred them to Qarchak Prison.

Maryam Rajavi urged release of those arrested in Iran uprising