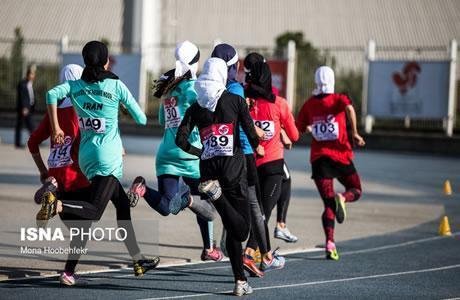 Iran: Young women told to practice at home to prepare for Asian games

Young women, members of the national Track and Field team, have to practice on their own to prepare for Indoor Asian championships. This is while men’s camp has been already launched.

Haniyeh Samari, member of the Track and Field team, who has to run in the 800m and 1500m competitions, told news agencies, “We were supposed to have our prep camps in Orumiyeh.

The camp for men was held but the camp for women was not. Everyone was told to practice in her home province. They promised to give each player 40,000 toumans a day for one week (a total of 280,000 toumans) to provide for their food expenses, but we have not received it, yet and it is not clear if they would make the payment at all.”

Samari said she did not know the reason why the women’s camp had not been held.

She was asked if she has any requests from the Track and Field Federation. She said, “Even if we request something, they would not respond.” (The state-run ISNA news agency – January 23, 2018)