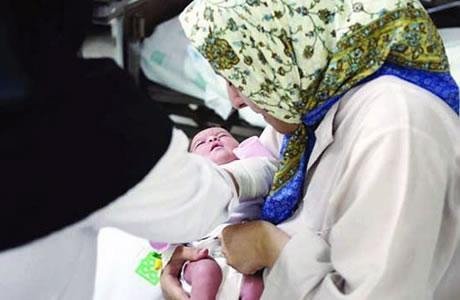 Iran: Mother and her newborn taken hostage by a hospital in Mashhad

woman and her newborn infant were not released form hospital and held as hostages until the hospital expenses are paid.

The 35-year-old woman from Mashhad gave birth to an infant, naturally. According to the law, natural deliveries are considered to be free. But this woman and her newborn are being held by the hospital until her husband, a seasonal worker, pays the hospital’s expenses.

The mother and child have been held for five days.

The hospital has charged her 1.2 million toumans before she can be released. The hospital charges 380,000 toumans for every additional day. (The state-run ROKNA news agency – January 24, 2018)

Iran: 23 women arrested at a party in Birjand