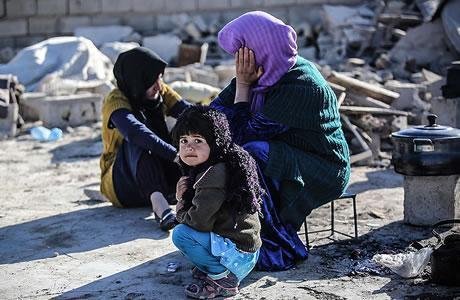 A young woman by the name of Noushin Mohammadi, 17, died on Thursday, January 25, 2018, due to infection and swelling of her body due to severe chilblain.

Noushin was from one of the villages in Sarpol-e Zahab, the epicenter of an earthquake of 7.3 magnitude on November 12, 2017 which caused massive destruction in this area.

The state-run news agencies also reported on January 26, 2018, the death of a 4-month-old baby by the name of Mohammad Seifouri who had lost his life on January 13 due to savage cold.

His father told the media that the house where his family lived had been destroyed in the earthquake. However, their requests to receive a trailer were not granted and they had to live in a tent in the severly cold weather. This was when Mohammad caught a severe cold. Due to lack of resources, his illness intensified and he ultimately died in hospital on January 13, 2018.  (The state-run Tasnim news agency – January 26, 2018)

On January 24, 2018, the state-run news agencies also reported on the death of a 2-year-old girl, Sarina Zahabi, who had caught a severe cold and lost her life because of a lack of the most basic medical facilities and care in the quake stricken areas.