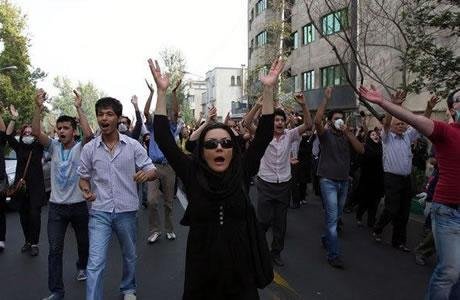 A Revolutionary Guards commander acknowledged the role of women in the recent uprising in Iran and said, “The main ring of incitement who started (the protests) were women.”

Rassoul Sanaii Rad, political deputy for the IRGC, told the Friday prayer of Masjed Jame’e Ghadir Khom in Tehran, “80 per cent of those arrested were under 30 years and among them were a number of middle-aged women. In the 1980s, too, the PMOI’s street protests wre led mostly by women. Today, too, the main ring of incitement and start of the protests were made up of women. For example, the riots in Ilam were started by four of these women.” (The state-run Jahan News website – January 27, 2018)

A wave of protests swept Iran beginning on December 28 in Mashhad, Iran’s second largest city, and rapidly spread to more than 140 cities across Iran. The uprising shook the regime to its foundations for two weeks. Women played a remarkable role in these protests and demonstrated unprecedented courage. Not only were they participated in every act of protest, but often led the protests and boosted the morale of the protesters.