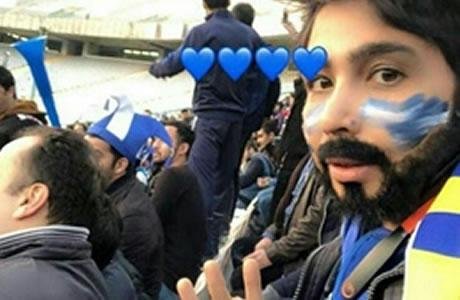 Iran: A young woman enters a football stadium by posing as a man

Wearing theatrical makeup and posing as a man, a young Iranian woman managed to get through the gates of a football stadium to watch her favorite team’s match.

In this way, her dream came true in a country where women are banned from entering sports stadiums.

Fatemeh said she had made the decision a fews months ago when she had a haircut. During this period, she kept her hair short.

Based on the fatwa in December of mullah Makarem Shirazi, the issue of lifting the ban on women’s entry and presence in stadiums has been removed from the agenda of the Supreme Revolutionary Cultural Council, for good.