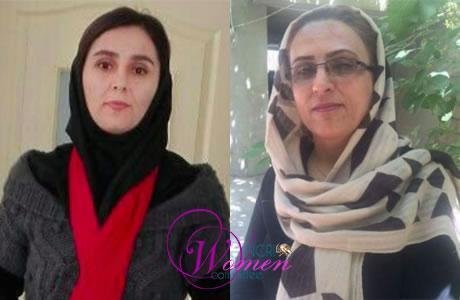 Najibeh Salehzadeh was informed of her charge of disseminating “propaganda against the state” on Sunday, January 28, 2018, at the Third Branch of the Court of Saqqez, Iranian Kurdistan.

Ms. Salehzadeh, wife of labor activist Mahmoud Salehi, was freed on bail after completion of her interrogations until her next court hearing.

In another development, Nishman As’adi, a reporter working for Mukerian News Agency, was called and summoned by the Department of Intelligence of Mahabad, Iranian Kurdistan, on Thursday, January 25, 2018. She was told to inform her family because she could be arrested when she reports in.

Nishman As’adi, a women’s rights activist in recent years, refused to accept. She emphasized that she would not report in until she sees the Judiciary’s written warrant summoning her to the department.