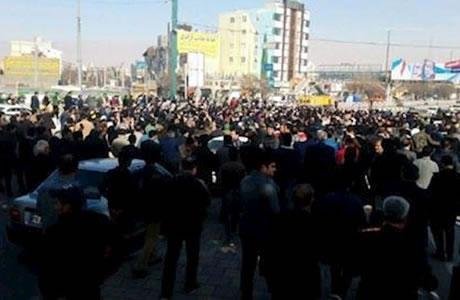 Thursday, February 1, there were a number of protests in cities across Iran, including in Kermanshah where women led the protesters with chants of “death to Khamenei” and “death to the dictator”.

Two young women were among those arrested in the protests which erupted in Azadi Square of Kermanshah, western Iran.

Women’s participation was also prominent in Isfahan where they were on the frontline and led the protesters.