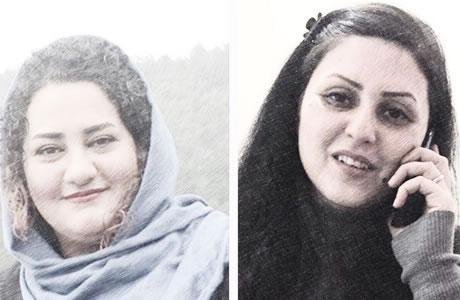 Two women political prisoners, Atena Daemi and Golrokh Iraee, began their hunger strike on Friday, February 3, 2018, as they had declared before.

In a statement released on February 3, they announced they are refusing food in protest to the Iranian regime’s breach of the principle of classification and separation of prisoners and their own illegal exile to Varamin’s Qarchak Prison.

They are demanding their own simultaneous return to the Evin Prison’s women’s ward and the return to Evin of political prisoner Soheil Arabi, who is also in exile in Gohardasht Prison. A writer, blogger and activist, Soheil Arabi went on hunger strike on January 25, 2018, to protest the illegal banishment of the two imprisoned women.

Atena Daemi and Golrokh Iraee once again vowed in their statement to continue with dry hunger strike on February 10, if the three prisoners are not returned in the week-long deadline.