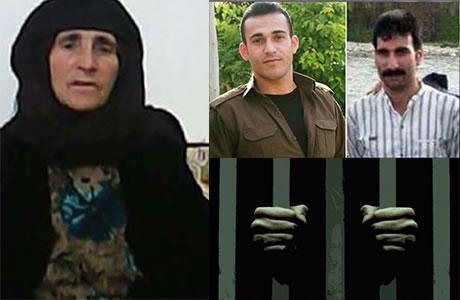 The Iranian Intelligence Ministry is pressuring a Kurdish woman to break her imprisoned sons.

The Department of Intelligence of Sanandaj, capital of the Iranian Kurdistan province, summoned Mrs. Dayeh Sahrifeh on February 2, 2018. Mrs. Sharifeh’s sons, Ramin and Afshin Hossein Panahi, are political prisoners sentenced to death and to eight years in prison, respectively. She was pressured to ask her sons to break their hunger strike.

Dayeh Sahrifeh braved the Intelligence Department officials and said, “My sons have been unjustly sentenced to unfair sentences. A great injustice has been done to them. If the regime does not answer their demand, their father and I will set ourselves on fire in front of the Department of Intelligence of Sanandaj.”