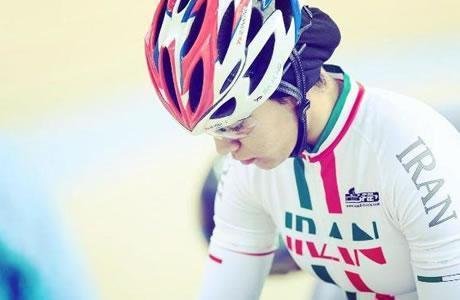 A woman bicyclist attested that women’s cycling does not receive any form of support from the government or the Cycling Federation.

The mullahs’ supreme leader Ali Khamenei reiterated that women are banned from riding bicycles in public in November. Nevetheless, women continue to engage in this sport.

Fatemeh Hodavand, member of women’s cycling team, in an interview said, “Women’s cycling does not receive any financial support. We have to buy our own bikes.”

The cycling tournaments have already begun, but since Iranian women do not have any cycling tracks for practicing, they have to travel to Malaysia from a long time ahead of the tournament, she added.

Before the start of the trounaments, Hodavand had revealed that there were no financial sponsors for female cyclists and that they had to procure their own bicycles and equipment.

Hodavand said, “The bikes provided by the Federation are too big for women and we have to pay for our bikes without having any financial support.” (The state-run Mehr news agency – February 3, 2018)