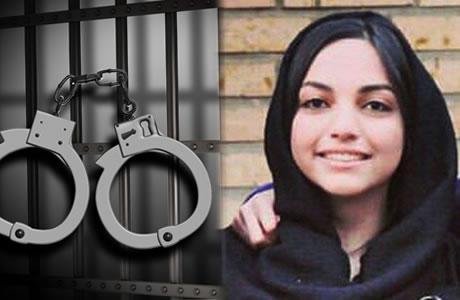 Zahra Rahimi, student of sociology at Tehran University, was arrested on February 5, 2018.

Dozens of female university students, mostly from Tehran University, have been already detained and denied freedom.

Evin Prison officials in Tehran recently claimed that only four of those arrested during the nationwide uprising in late December and early January remain in jail and there are no women among them.

Alireza Rahimi, member of the National Security and Foreign Policy Committee in the mullahs’ parliament, was cited on February 2, as saying that according to Asghar Jahangir, head of the National Prisons Organization, “the total number of those detained during the incidents in January amounts to 4972 people, 94.73 per cen of whom are men and 5.27 per cent are women. 438 of them remain in detention. Another 55 persons are detained by the Minsitry of Intelligence.” (The state-run ILNA news agency – February 2, 2018)