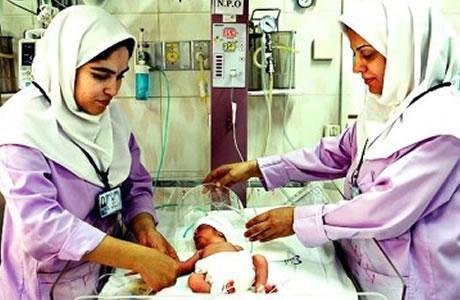 Seventeen nurses have died in Iran since the implementation of the Plan to Change the Health Regime. All of the victims are suspected of dying due to work-related stress.

Ali Mohammad Adabi, president of the Nursing Organization, said, “The 17 nurses working at public and private hospitals, were between 25 to 45 years old. They were considered young forces, but all of them had endured tremendous pressure at work before they suddenly die. None of their deaths were due to illness or any other parameter.”

Adabi added, “No action has been taken to complete the hospitals’ nursing staff since the Plan to Change the Health Regime has been implemented. This has forced these people to do heavy overtime work. In addition, economic problems have also compelled nurses to work in other medical centers in addition to their main employer to provide for their living expenses. At any rate, when the number of people referring to a certain public or private medical center increases, it jeopardizes the health of nurses and doctors.” (The state-run ILNA news agency – February 9, 2018)