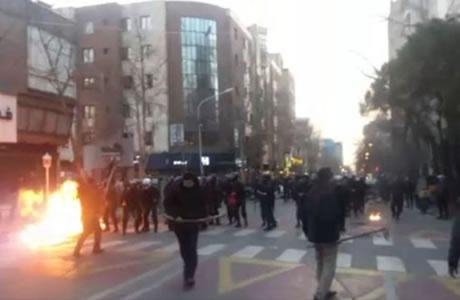 Seventy of the women arrested during the dervishes’ gathering in Golestan Haftom Ave. in Tehran, have been brutalized and taken to the Quarantine Ward 3 of the notorious Qarchak Prison in Varamin.

A spokesman for the State Security Force acknowledged that at least 300 people were arrested during a raid on the protest gathering of dervishes in Tehran launched on Monday night, February 19 and carrying on until Tuesday morning, February 20, 2018. The actual number of those arrested must be considered higher.

A large number of those arrested were women, 70 of whom have been transferred to an overcrowded ward in the notorious Qarchak Prison for women.

There is no information available on the fate of other women arrested in the dervishes’ gathering.