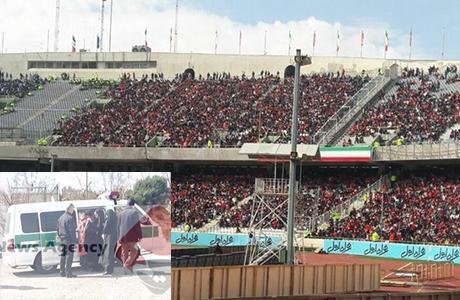 Two young women were arrested on Thursday, March 1, 2018, as they were trying to enter Tehran’s Azadi Stadium to watch the football game between Iran’s top teams, Persepolis and Esteghlal.

On the same day, the State Security Force announced that 35 women had attempted to enter Azadi Stadium to watch the game but were prevented and led to another place! (The state-run ROKNA news agency – March 1, 2018)

In another act of protest, the associations supporting women in Tehran boycotted the game in solidarity with women and in protest to the ban on women’s entry to stadiums.