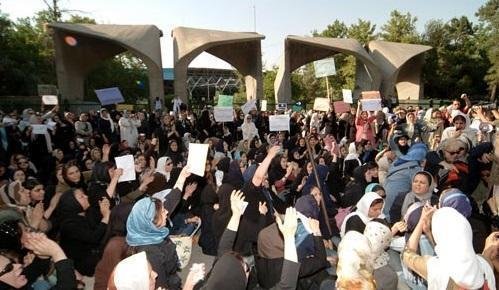 Five nursing students, including two young women, have been deprived of continuing their education for one year at the Medical School of Tehran’s Melli University (aka Beheshti.

The secretary of the student Central Council at the Medical School of Beheshti University announced on February 28, 2018, that five students had been deprived of education. Four students were deprived for one year, and himself, for two years.

He added, “On July 10, 2017, we held a gathering in protest to an ‘illogical increase in the number of nursing student admission’ under the previous management. I was deprived of education as the students’ representative and four others have been identified as sponsors of the protest from pictures taken from the event. Presently, we have objected to the primary ruling of the university and demanded revision. Our case is going to be examined by the Revision Council, but we do not know when it will convene.” (The state-run ILNA news agency – February 28, 2018)