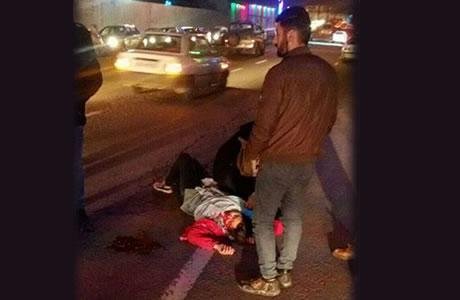 Iran: A young woman threw herself off a bridge in Zanjan

A young woman threw herself off a bridge in Zanjan, northwestern Iran, on March 1, 2018.

The woman who had committed suicide due to family problems was transferred to hospital.

Forced marriage and numerous obstacles for employment, education and social activities of women has led to widespread depression among women and high rate of suicide.

Iran has the highest rate of women’s suicide in the Middle East.

Iran: FIFA woman rep was absent in meetings with Infantino