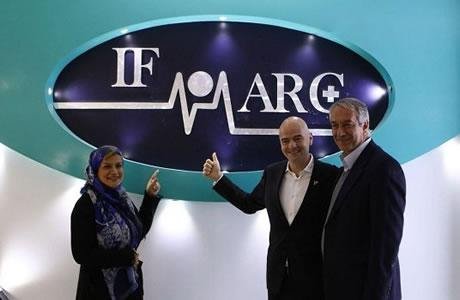 Iran: FIFA woman rep was absent in meetings with Infantino

Gianni Infantino, FIFA president, took part in a ceremony to celebrate the 100th anniversary of Iran’s football federation in Iran. He attended the Tehran derby between Esteghlal and Persepolis, which was played at Azadi Stadium, where at least 35 women got arrested for trying to enter the ground.

At the same time, Zohreh Haratian, FIFA representative in Iran and head of IFMARC (Iran Football Medical assessment and Rehabilitation Center) was not invited to the ceremonies featuring FIFA President.

Haratian said she did not know the reason why she had not been invited.

She also declared that she would not enter any stadium until all Iranian women could easily do the same.

Iran: Plundered women and men stage protest outside the parliament