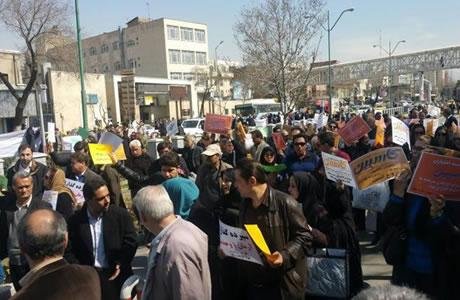 Iran: Plundered women and men stage protest outside the parliament

A large protest was staged on Saturday, March 3, 2018 outside the Iranian parliament in Tehran by women and men plundered by financial institutes affiliated with the Revolutionary Guard Corps (IRGC) including Caspian, Alborz-e Iranian and Samen-ol Hojaj.

They subsequently marched in the streets and protested against government’s failure to account for the fraud. Women were actively engaged in this demonstration of protest.