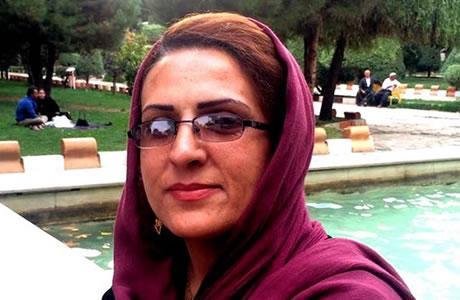 Iran: An activist Kurdish woman on trial in Saqqez

Kurdish woman activist, Najibeh Salehzadeh, was put on trial on Tuesday, March 6, 2018, for disseminating propaganda against the Iranian regime.

Ms. Salehzadeh is the wife of labor activist Mahmoud Salehi. She was tried at the First Branch of the Court of Saqqez. Her charge is based on her interviews with foreign radios.

She rejected the charge in the court and said, “If defending my husband is considered propaganda against the state, then I have no objections.”

Ms. Salehzadeh was accompanied by her husband in the court.